Caribbean immigrants have been contributing to the well-being of American society since its founding. Alexander Hamilton, the First Secretary of the Treasury was from the Caribbean island of St. Kitts. We count among our famous sons and daughters, Secretary of State Colin Powell, Cicely Tyson, WEB Dubois, James Weldon Johnson, Harry Belafonte and Sidney Poitier to name a few. The Institute of Caribbean Studies (ICS) effort began in 1999 with a petition to President Clinton for the recognition of a Caribbean American Heritage Month.

In June 2000, ICS took on the mantle of leadership in Washington DC, changed the name to National Caribbean American Heritage Month, and organized events in June under that banner. Efforts to engage the White House were fruitless. In 2001, ICS was joined by TransAfrica Forum and the Caribbean Staff Association of the World Bank to organize events during June, promoting recognition of June as National Caribbean American Heritage Month, and the momentum slowly began to build. In 2004, the efforts gathered steam, when an Official Campaign for June as National Caribbean American Heritage Month was launched upon the tabling of a Bill in the US Congress by Congresswoman Barbara Lee, with language provided by ICS Founder and President, Dr. Claire Nelson. ICS worked with the Office of Congresswoman Barbara Lee to galvanize support for the Bill from organizations across the country and oganized events on Capitol Hill in recognition of June in 2004. The Bill was reintroduced and passed the House in June, 2005, and the Senate in February, 2006. A Proclamation making the Resolution official was signed by President George Bush on June 5, 2006.

Resolved by the House of Representatives (the Senate concurring), That it is the sense of Congress that - (1) a Caribbean-American Heritage Month should be established; and (2) the people of the United States should observe the month with appropriate ceremonies, celebrations, and activities.

Expressing the sense of the House of Representatives that there should be established a Caribbean-American Heritage Month. 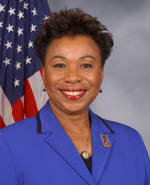 On March 14, 2004, Congresswoman Barbara Lee introduced House Resolution 570 "Expressing the sense of the House of Representatives that there should be established a Caribbean-American Heritage Month." The Lee bill urges that there should be an established Caribbean-American Heritage Month to acknowledge and celebrate the contributions of Caribbean-Americans to the United States. A release from her office said, as a member of the bi-partisan Caribbean Caucus, Lee wanted to recognize the role that Caribbean people and their descendants have played in the United States. "It is important that we work to strengthen our relations with Caribbean governments," stated Lee. "It is also important that we address the concerns of Caribbean-Americans residing in our districts.

"From 1820 to 2002, more than 68 million people emigrated from the Caribbean region to the United States. Caribbean-Americans have influenced every aspect of American culture, society and government. Their history is interwoven with ours."

Lee was first elected to the House of Representatives for the Ninth District of California in a 1998 special election to fill the seat of retiring Congressman Ron Dellums. Congresswoman Lee came to Washington after serving in the California State Assembly from 1990-1996 and the California State Senate from 1996-1998. Lee was born in El Paso, Texas. She moved from Texas to California in 1960 with her military family parents, and attended San Fernando High School, San Fernando, California. Lee was educated at Mills College and received an M.S.W. from the University of California, Berkeley in 1975.