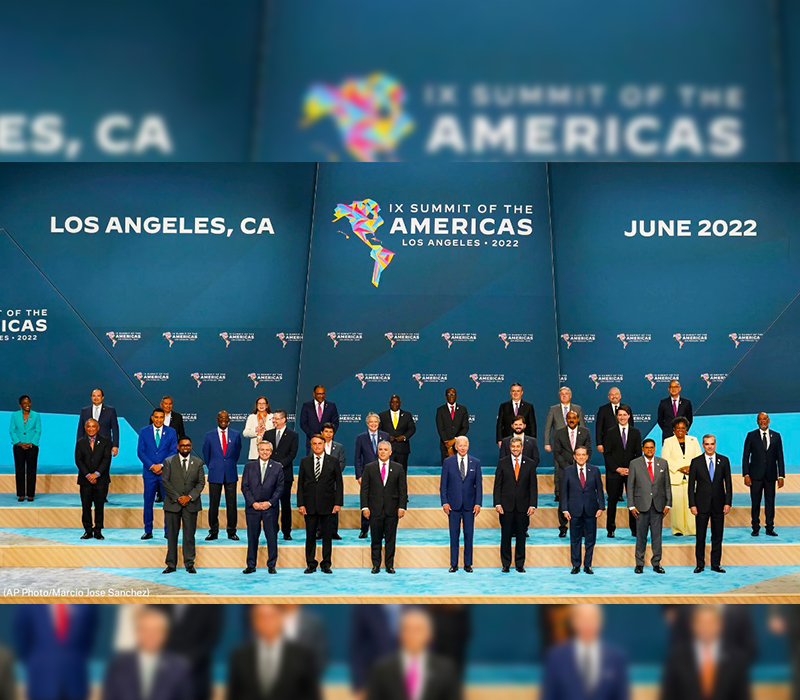 June 27, 2022 - Peter Lyn René
National Caribbean-American Heritage Month, June of every year, is ending. The Ninth Summit of the Americas, which meets every three years, was held in Los Angeles, California June 6-10, 2022, and provided an opportunity for President Biden to clearly define his policy towards the Caribbean. From the onset, there was uncertainty as to whether Caribbean nations and Mexico would attend. Cuba, Nicaragua and Venezuela were not invited to attend due to the administration's view of their lack of respect for democracy. This led Mexico's President Manuel Lopez Obrador to skip the summit saying, "There cannot be a summit if all countries are not invited." The 14-member states of the Caribbean Community (CARICOM), though similarly discussed a boycott, decided to mostly attend the summit, stating: "There are a number of issues that we have to discuss as a region including climate change, energy security and food security and we want to be part of those conversations."

Caribbean leaders were united in their messaging and their desired outcome at the summit. Prime Minister of Belize and Chairman of CARICOM, John Antonio Briceno asked: "Will we ensure that the social economic devastation, including a sharp rise in poverty, hunger and education, last caused by the pandemic, do not result in a lost decade for the Americas?" He stated that as the Caribbean seeks to build a sustainable, resilient and equitable future, money is not the issue. The question is how much will be pledged to finance the ambitious agenda as we agree at this summit. Barbados Prime Minister Mia Mottley said that it is wrong that Cuba, Venezuela and Nicaragua were not there. "Those countries must equally recognize that you cannot want to fully participate if you are not prepared equally to engage and to see progress and the simple priority must be people, not ideology," she said. Prime Minister Mottley called for reforms to the International Financial Institutions system noting the lack of a platform for middle income nations, and that only 15 percent of climate finance is going into the climate vulnerable countries such as the Caribbean nations.